The Level 3 Musical Theatre Diploma has been designed to provide a balance of vocational training in musical theatre and academia with a view to training in higher education. The course is the academic equivalent to 3 A levels. Students are assessed through coursework, practical classes, exams and performances. The performing arts team have high expectations of students where high attendance, a strong work ethic and a professional approach is promoted. Students are required to wear appropriate clothing for classes, as would be required in the industry, including uniform in ballet, tap and jazz classes. Students will receive tuition from a range of tutors with professional experience and insight from the industry. The performing arts staff at the Amersham Campus of Bucks College Group have taught at a range of institutions such as Italia Conti, Laban, LIPA, Mountview, Arts Ed and Urdang. The students will take part in a range of productions during their time at college ranging from small-scale studio pieces to larger productions with a live band of professional musicians. Previous productions include; Moulin Rouge, Cinderella, Jesus Christ Superstar, Angels in America, Nine, Bad Girls the musical, Children of Eden, The Pillowman, Merrily We roll Along, The Pajama Game, Guys and Dolls, Big Fish, Yerma and The House of Bernarda Alba. 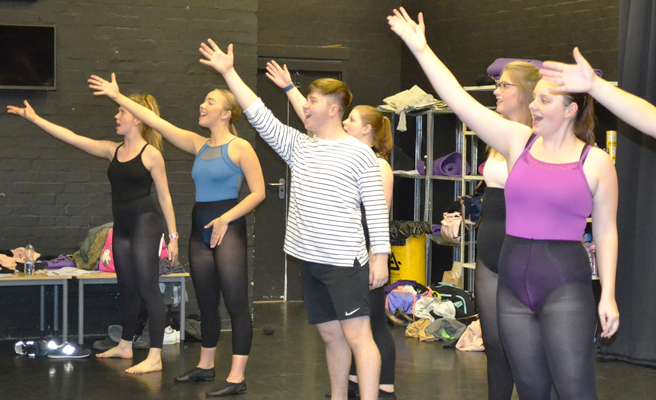 Can we email you about course availability and open days you may be interested in?