Level 3 Acting students were thrilled to have the opportunity to help the local fire brigade by role playing for a recent training session.

Irene Rambota, Course Leader, explains, 'Buckinghamshire Fire & Rescue Service organised a large exercise for their Incident Command System by simulating a fire at a disused building. This was treated as a real incident, using artificial smoke, so the Acting students had to make everything as truthful as possible.  Four fire engines were deployed to the incident which made it a very intense and realistic scenario for the actors.  Their acting training was certainly put to good use!  Devon Gray was cast as the original caller to 999. Maia Cebula Mackenzie and Izaak Hamilton-New were two casualties outside of the building, Alice Early an evacuating casualty who was trying to escape, Abdalla Hassan the building owner and Jessica Bell an Environmental Agency officer who had to ensure no contaminated water ran into the river where rare protected ducks were nesting. Finally, Latoya Hawkins and Paryce Richards played casualties trapped inside the building who had to be treated for smoke inhalation once they were evacuated.  It was an extremely interesting and informative experience for the actors. To quote Sanford Meisner, "Acting is the ability to live truthfully under the given imaginary circumstances". Yet here, the actors had to live truthfully under circumstances that appeared very real indeed.

After the training event, the fire and rescue crew congratulated all the students on their acting skills, especially Latoya and Paryce who had to have first aid delivered to them by the firefighters while waiting for the ambulance. At one point, one of the firefighters said that he thought Latoya had actually passed out. She hadn't, of course, but even I was worried watching the scene! It was a very moving experience, observing the action and recognising we have heroes on our doorstep, firefighters who risk their lives for our community every day. It was a true privilege to be able to help those who help us.' 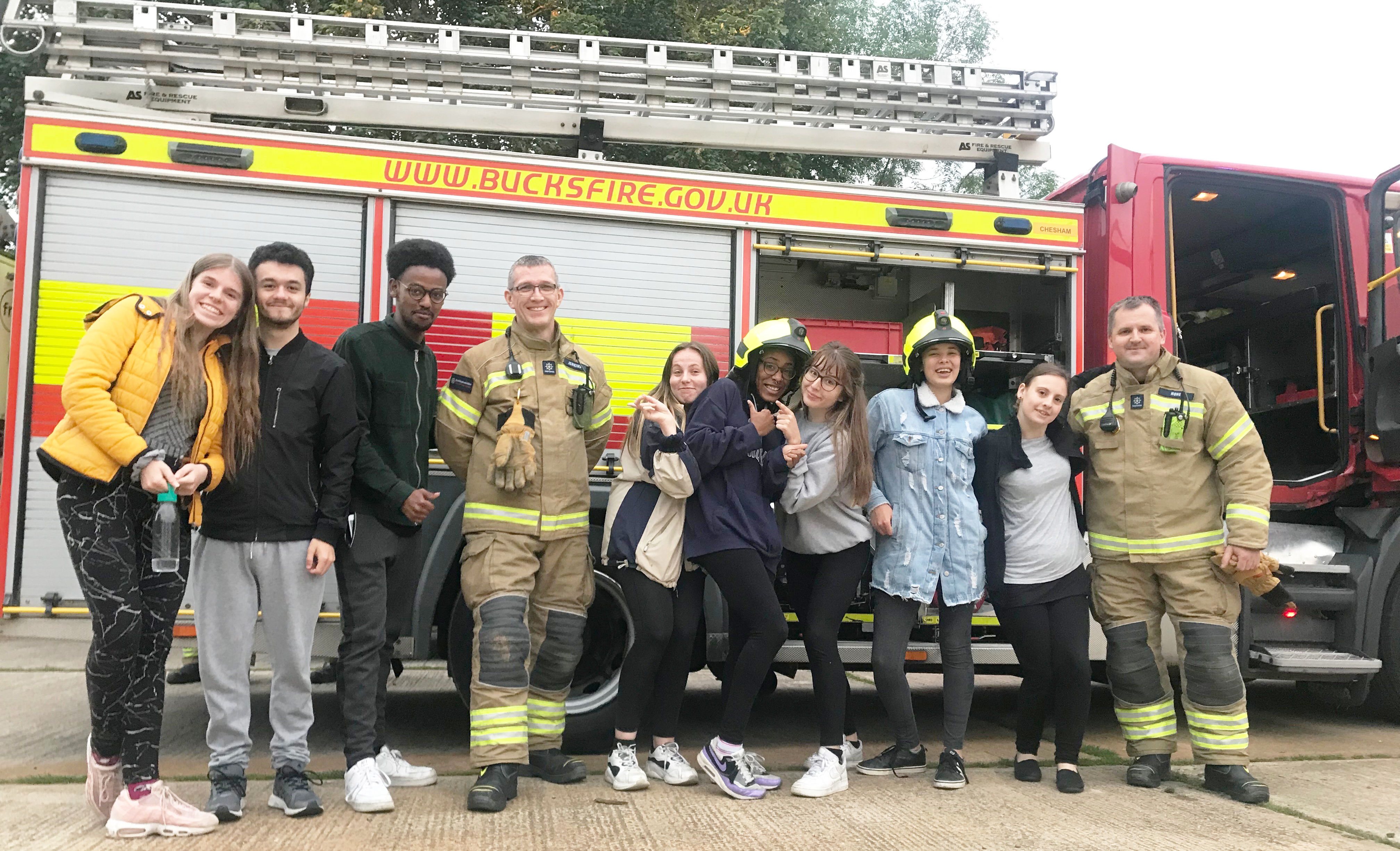