They said, ‘We would like to formally offer our sincere condolences as a College to The Royal Family on the death of Queen Elizabeth II.

The vast majority of us here today cannot remember a time without Queen Elizabeth – she has been a constant in an ever changing world.  Indeed, for many of our students, the then Princess Elizabeth was only a little older than you are now when she acceded to the throne in 1952 aged only 25.

Throughout the last 70 years, she selflessly dedicated her life to duty and the service of others demonstrating a dignified, wise and stoic approach throughout.  Queen Elizabeth was there through our national celebrations and through our challenging times; she jumped out of aeroplanes, had tea with Paddington and even shared the contents of her handbag.

She will be missed by the whole country and in fact, all over the globe.

We would like to pay our last respects to the late Queen by observing a two minutes silence after which the public services students will lead us in a rendition of the national anthem where we will celebrate our new King Charles III.’’

The ceremony was finalised with two minutes silence and the sound of all those in attendance singing the National Anthem. 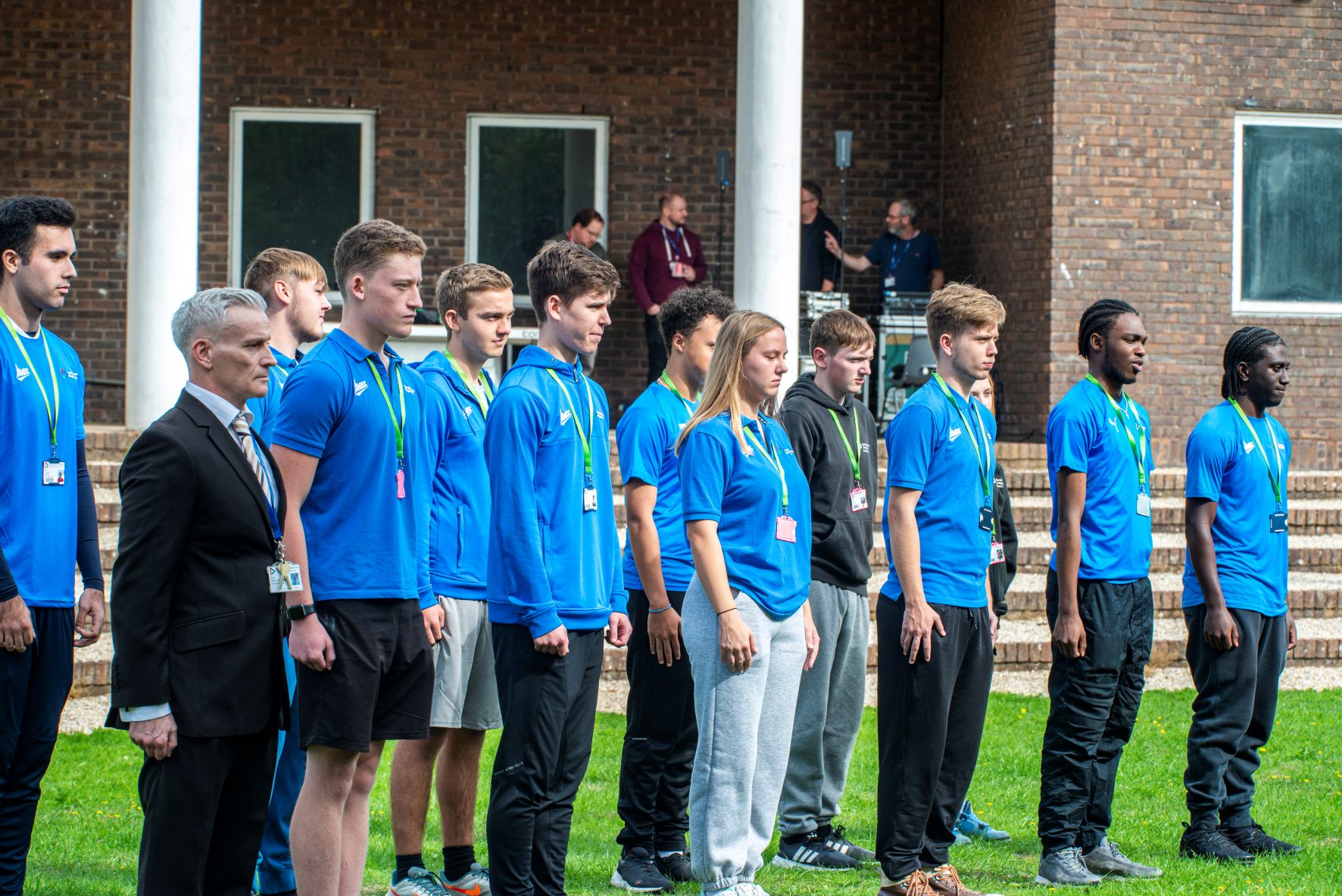 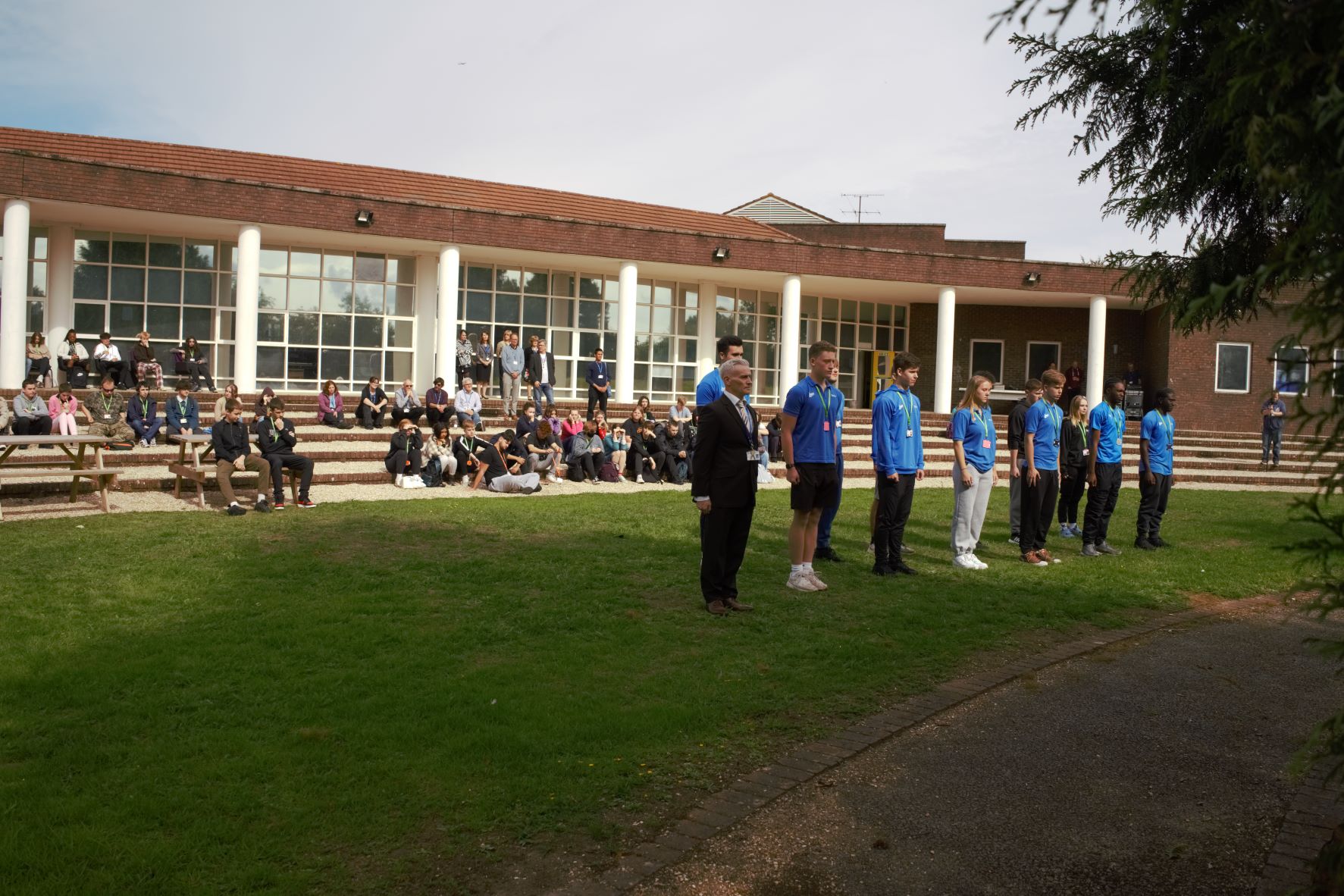