Students from Public Services took centre stage during this year's annual Remembrance service held at our Aylesbury Campus. Lead by veteran and Public Services tutor Wayne Davies, the students from our Level 2 and 3 courses helped the College pay respect and remember the members of the armed forces who have died in the line of duty.

The ceremony was topped off by a moving reading from English tutor Nick Andrews, who also recently worked with staff and students from across the College on a production of Journey's End at the World’s End Garden Centre Theatre.

Nick states, "It was a real team effort; make up and prosthetics were created by the Level 2 students, staging was built by construction students and the actors were put through drill by Wayne from Public Services." 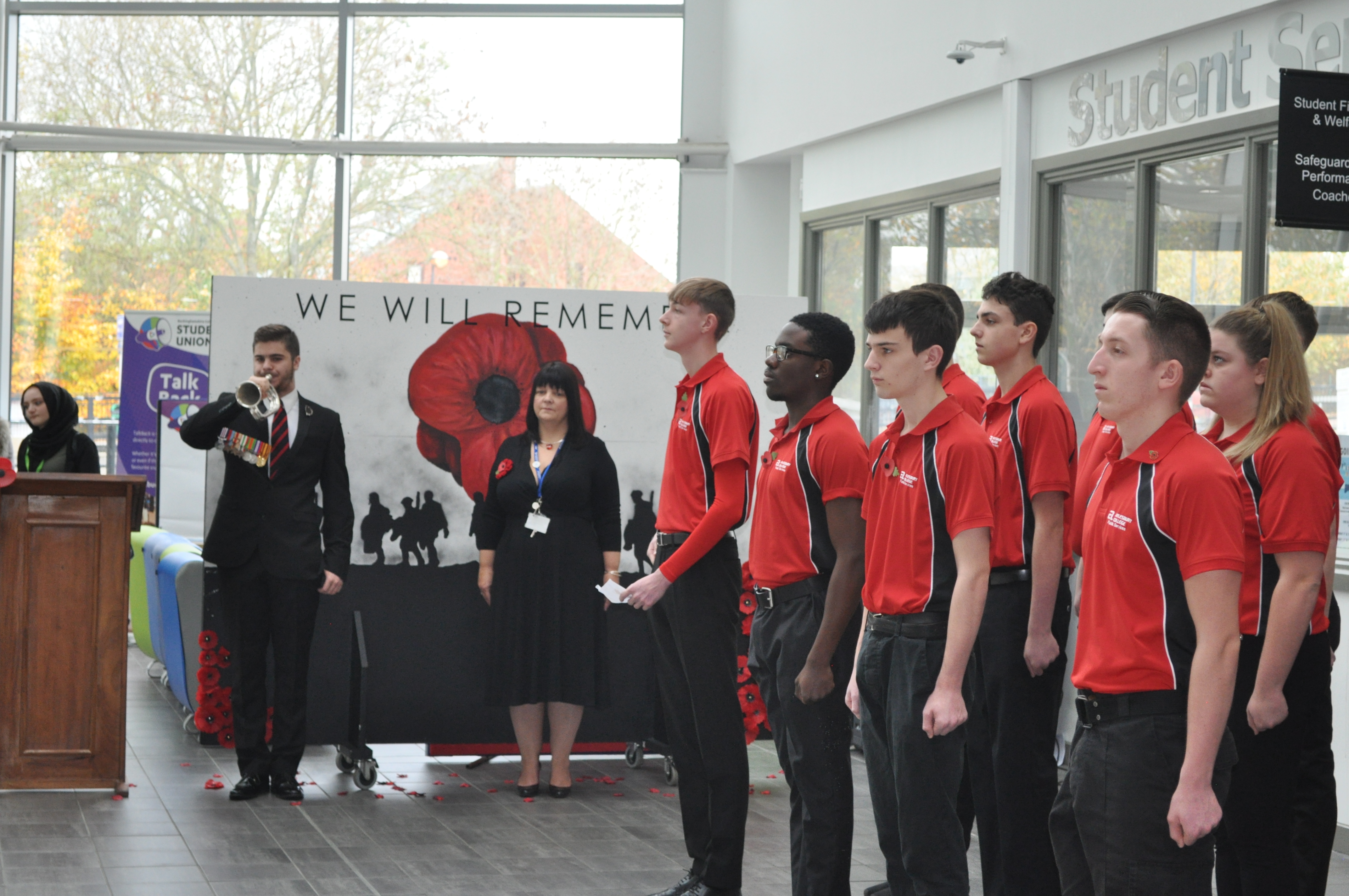 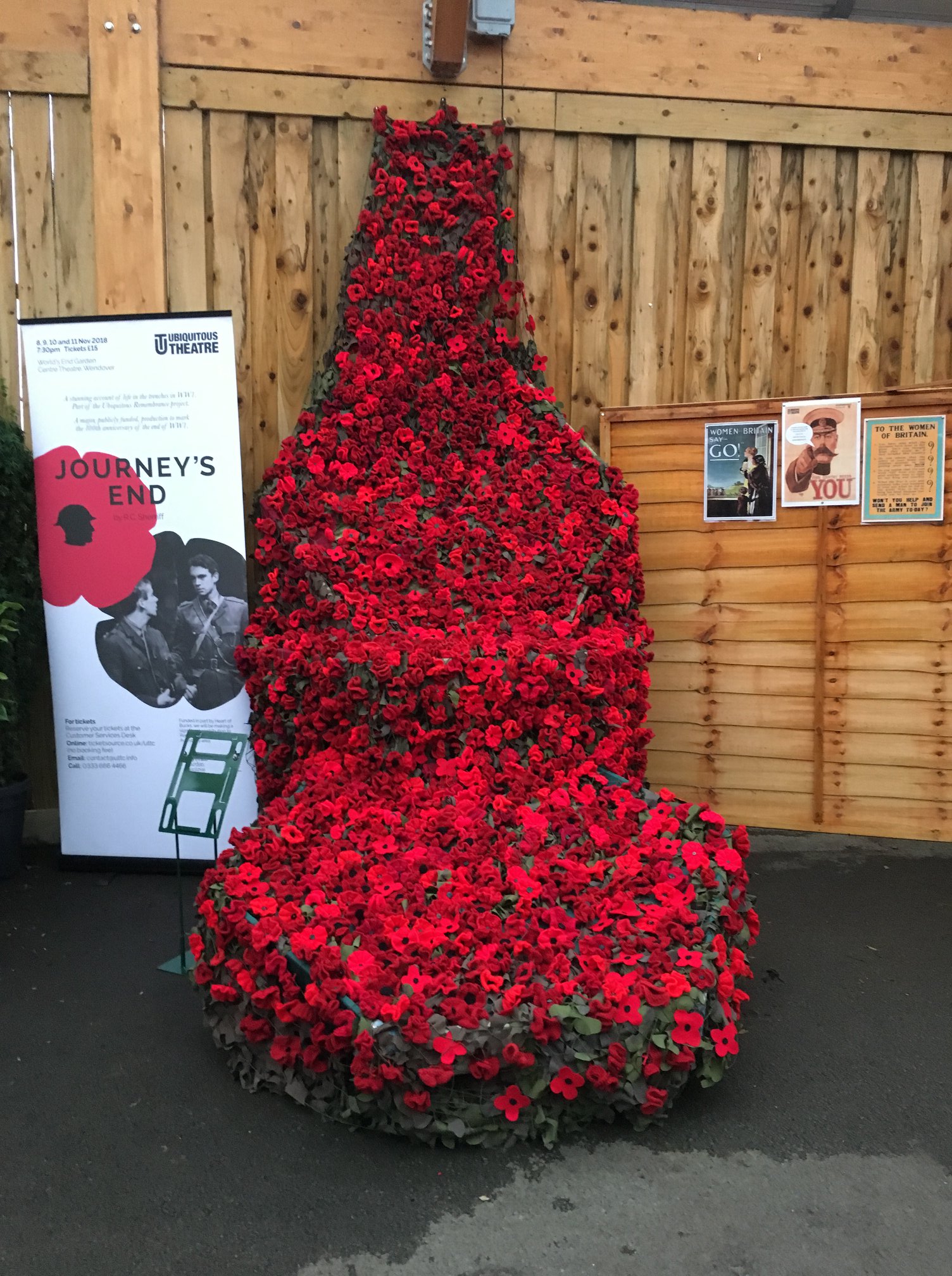