On Thursday 29th April, Film and TV students at Amersham had the opportunity to virtually meet with BAFTA nominated Writer and Director, Chris Fallon.

Chris kindly offered time in his very busy schedule to speak about his experiences in a 35-year career. These included being asked to write a Hollywood film for Warner Brothers starring Harrison Ford and his time as Director and Writer on EastEnders. With one of his EastEnders episodes appearing in the top 10 best episodes that gained over 25 million viewers.

He also took questions from students and offered valuable tips on: ‘How to overcome writers block; the most important tip when beginning to write drama scripts and what was the greatest challenge while directing the EastEnders cast?’

The event was organised to inspire and motivate our students to consider the huge range of possibilities within the Film and TV Industry. 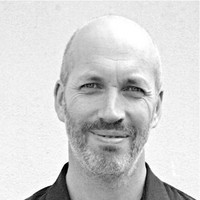