Level 3 Musical Theatre students at the Amersham campus are gearing up for their final college performance, Urinetown the musical, which will be playing at Theatre on the Hill, Amersham Campus this Thursday/Friday June 13th/14th at 7:30pm.

In a Gotham-like city, in a state not dissimilar to ‘The Hunger Games’, a 20 year drought has caused a terrible water shortage; leading to a government-enforced ban on private toilets. The citizens must use public amenities regulated by the UGC (Urine Good Company), a single malevolent company that profits by charging admission for one of humanity's most basic needs. Amid the people, a hero decides that he's had enough and plans a revolution to lead them all to freedom!

Tickets are priced at £10 adults, £8 concessions and are available from Ticketsource 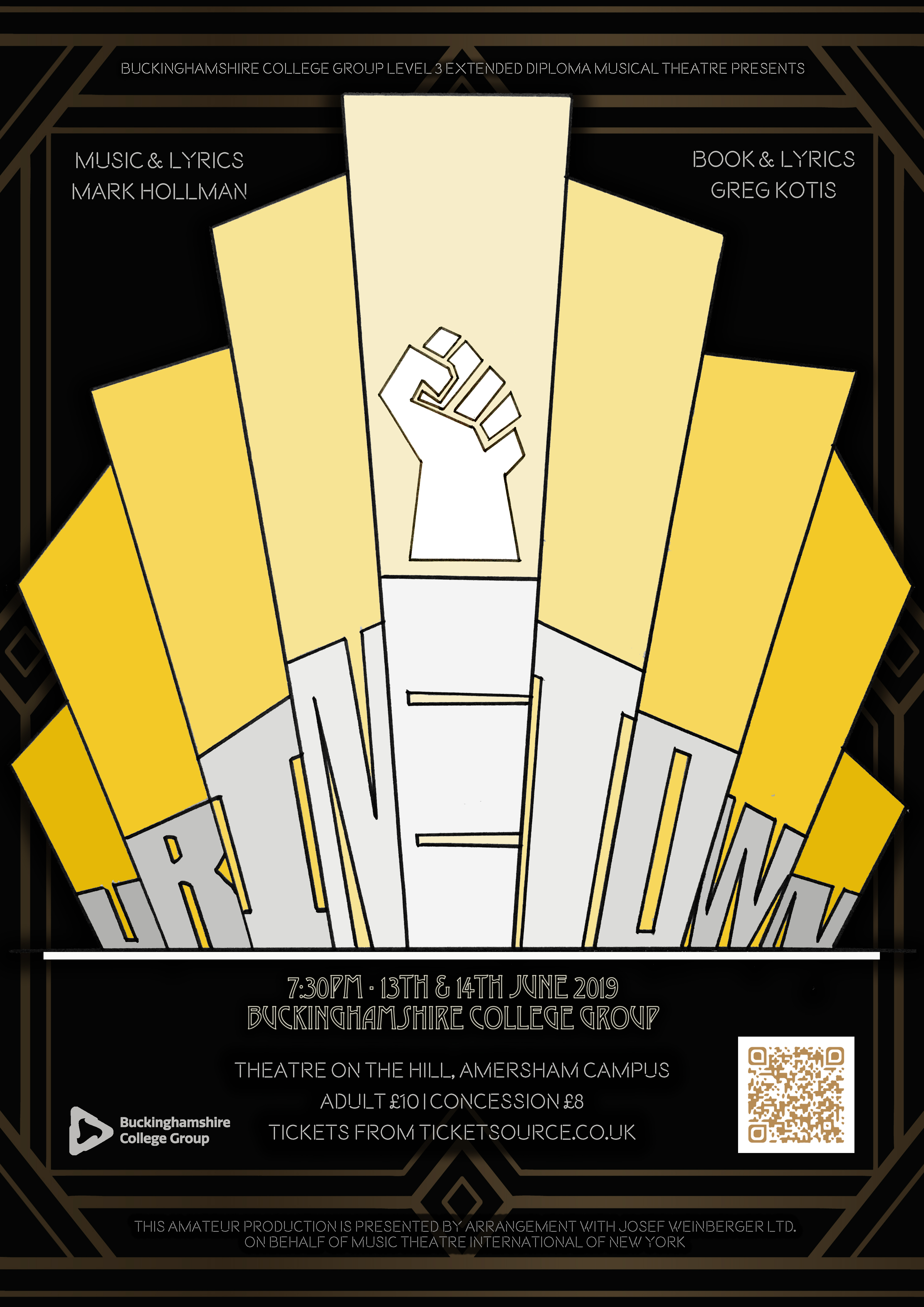